When deploying an operating system with SCCM there are good drivers and bad drivers. The good drivers are the ones with INF files that can be installed as a part of driver’s packages or with SCConfigMgr Modern Driver Management (http://www.scconfigmgr.com/modern-driver-management). What I am writing about today is the Bad drivers. Ones that for whatever reason you need to run the setup.exe to install them. These can be video or network drivers that to receive all the functionality, you need to install the software. I like to install these drivers as SCCM application objects. This way they can be used in the task sequence to build the computer, and as deployments to upgrade the existing computer drivers.

For the most part, you would think it is just a matter of creating the application. Setting the command line to the silent command line for installation and setting up the detection method that the uninstall registry key exists. However, there are 2 tricky parts to this. What if the computer has a newer version of the driver installed? Also, how do I know if the driver is required on the computer? A good example of the second question in the Dell Precision laptop. This laptop comes with an Intel graphics driver and either a nVidia or AMD graphics card. I do not know the background on why we were shipped the same computer model with either of these graphics cards and not just the standard AMD card, but we have a mix of Precision 9520’s with either the nVidia or the AMD graphics card along with the built-in Intel card. Having a combination of different cards on the same computer model eliminated the possibility of using the computer model as a requirement. When installing drivers as application objects, I found that creating a global condition for the PNP ID for the driver works best. I create the global condition and then add that to the application object as a requirement.

I will walk you through my “nVidia Quadro M and P Series Graphics Driver” application object. In my example I use the WQL query to find matching hardware PNP IDs.  There are several WQL query syntax rules to be aware of:

My example is using the Dell installer for the driver. 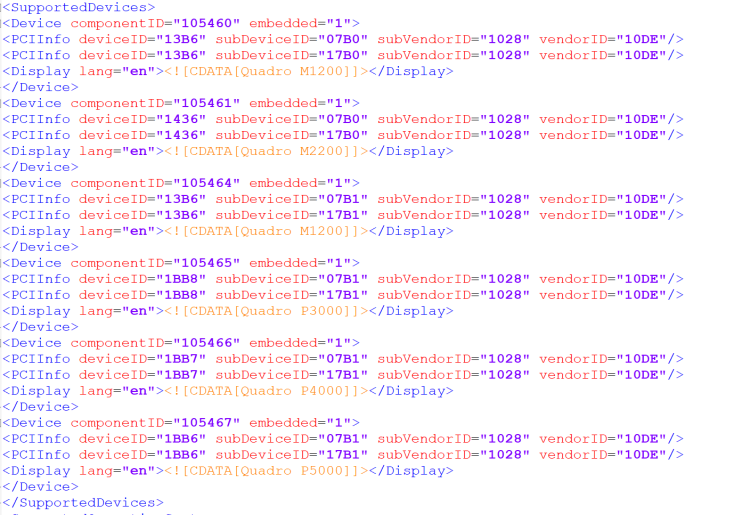 My second requirement is the global condition created above.

The global condition on the requirements got me past the 2nd issue of how to deploy to only the computers that have this specific video card.  The other tricky part was how to determine if the driver or a newer version was installed.  If I had a detection method of the driver version equals 1.2, computers with newer driver models would show as non-compliant and try to downgrade themselves.  This problem is resolved by setting the DataType in the detection rule to “version” and the Operator “Greater than or equal to”. 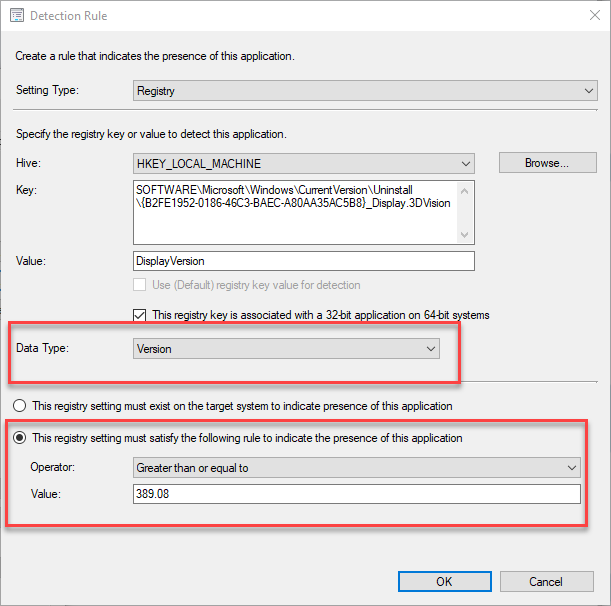 I now have an application object I can deploy directory to a collection of devices, to software center, or use in a task sequence.

Systems and Config Mgr Engineer.  When at my computer, I can be found with a Diet Pepsi next to me.

When not working I can be found with my cats, on the couch, reading a book.  Mysteries, action adventures, and fantasy novels are my favorites.

The views and opinions expressed in this blog are those of the author and do not necessarily reflect the official policy or position of a my Employer.